from the Lesson Zone 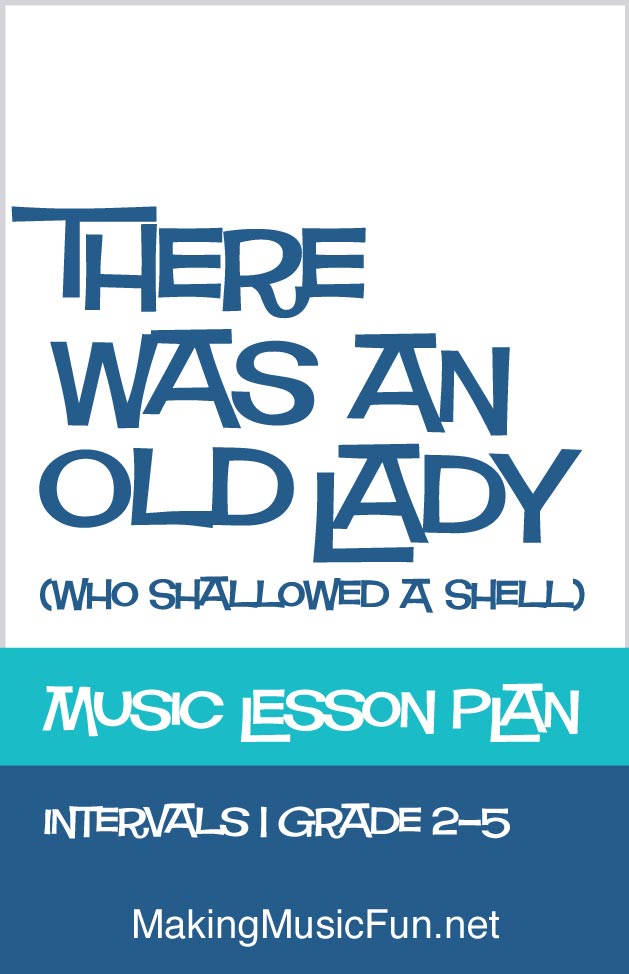 Students will understand the difference between step-wise and skipping patterns in this introductory lesson on intervals. This free lesson plan is designed to fulfill Standard #2 of the National Standards for Music Education: Performing on instruments, alone and with others, a varied repertoire of music.

Step 1
Tell the students, "Today we will be reading a story, and then adding instruments to accompany the story."

Step 2
Tell the students, "I am going to read a story to you called, There Was an Old Lady Who Swallowed a Shell. As I sing the story to you, listen for the part that repeats."

Step 3
After you finish reading the story, ask students to identify the repeating part of the story ("She didn't tell"). Tell students, "Many of you will have a chance to play a xylophone along with this repeating part when we read the story again."


Step 4
Tell students, "The 4 note pattern that you will be playing on the xylophones is written on the white board. Let's name the notes together - C-D-E-F." Show the students that the notes are moving in an ascending step-wise pattern. Demonstrate the ascending step-wise pattern on the xylophone, as well as a few improvised skipping patterns, so students will understand the difference.

Step 5
Tell students, "Before we begin playing the xylophones, everyone will need to be in a circle."

Step 6
Once students are in a circle, evenly divide the xylophones around the circle.For example, if there are 24 students and you have six xylophones, place one xylophone every fourth person.

Step 7
Tell students, "If you have a xylophone in front of you, I would like for you to play the four note ascending pattern while the rest of the class sings." Sing the note names first, as the students with the xylophones perform the pattern. When the students are performing the pattern confidently, ask the class to sing the words, "She didn't tell".After practicing the four note pattern a few times, students with a xylophone will pass it to their neighbor on the right.

Step 8
Read the book. Ask the students to play the four note pattern at the appropriate time during the song. Pass the instrument to the right after they have played the pattern. On occasion, play an improvised step-wise or skipping pattern, and ask the class which type of pattern you are playing.