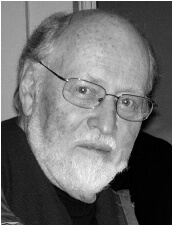 John Williams was born in Floral Park, New York, on February 8, 1932, to John and Esther Towner Williams. He was the oldest of four children.

As a kid, Johnny learned to play the piano, cello, trumpet, trombone - and even formed a band with his friends.

When John Williams grew up, he joined the Air Force where he conducted and arranged music for the bands. When he was discharged, he enrolled in The Julliard School to study piano.

After he finished school, he decided to play piano in movie studio orchestras. His first recordings included soundtracks for the movie, South Pacific, and the TV series, Gilligan’s Island.

However, the idea of playing someone else’s music for TV shows and movies didn’t interest him for long. He wanted to compose his own music, and it wasn’t too long before he got his first big break. He was asked to compose the theme for the TV series, Lost in Space.

His next big break came when film director, Steven Spielberg, invited him to compose music for his movies. Their first highly successful film together was Jaws. For this movie, John Williams wrote the most famous single notes next to the introduction to Beethoven's Fifth Symphony. When John Williams played the music for Speilberg for the first time, he thought he was kidding. However, John Williams believed his score would be perfect. He was right, and his score earned him his second Academy Award.

Working with Steven Spielberg, John Williams went on to compose some of the greatest music ever written for film, including: Raiders of the Lost Ark, Jurassic Park, E.T., Superman, Harry Potter, and Star Wars, which was selected by the American Film Institute as the greatest film score of all time.

"Without John Williams, bikes don’t really fly. Nor do brooms in Quidditch matches. Nor do men in red capes. There is no Force. Dinosaurs do not walk the earth. We do not wonder. We do not weep. We do not believe."

John Williams is without question, "...the single most significant contributor to my success as a filmmaker."

John Williams has won 5 Academy Awards and received 52 Academy Award nominations. He is the second most nominated individual after Walt Disney.


Watch a Video About John Williams

Bulletin Board Posters for John Williams

John Williams | Composer of the Month Bulletin Board Pack