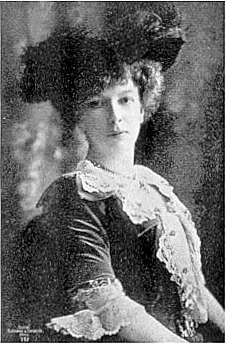 Cécile Chaminade was born on August 8, 1857 in Paris, France. Her mother was a pianist and singer, and her father was a violinist.

Cécile received music lessons first from her mother. Later her mother arranged for her to study with notable French and Belgian teachers for piano, violin, and composition. She wasn't ever able to study at the Conservatoire de Paris, as her father disapproved of her musical education.

By the age of 8, Cécile was composing music. It wasn’t too long before she was playing her pieces for the successful French composer, Georges Bizet, who was quite impressed with her abilities. Her efforts were rewarded and her works steadily gained favor.

As a young adult, Chaminade toured France playing the piano and performing her own works. By 1892 she made her debut in England where her works were well received.

When Chaminade visited the United States in 1908 she received an enthusiastic welcome. The people of America loved her work and her Scarf Dance and Ballet No. 1 were played by many pianists of the time.

Cécile Chaminade died in Monte Carlo on April 13, 1944. She had been awarded the Légion d’Honneur, which was a first for a female composer, and her Scarf Dance - one of the most popular piano pieces of her time - is estimated to have sold five million copies by the time of her death. French composer and teacher, Ambroise Thomas, remarked, "This is not a woman who composes, but a composer who is a woman."