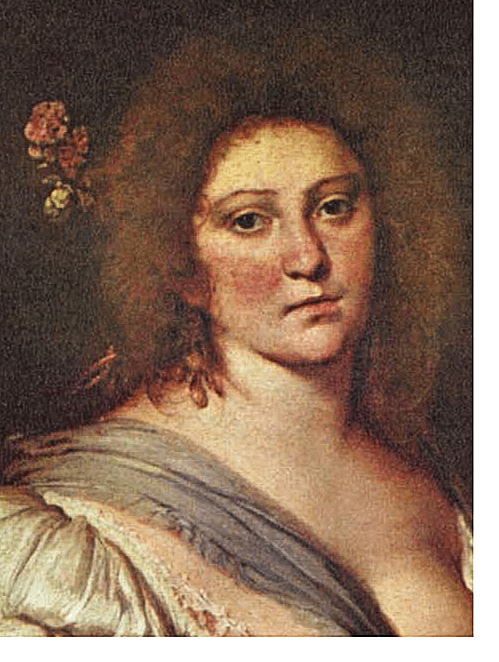 Barbara Strozzi was born Barbara Valle in Venice, Italy and was baptized August 6, 1619. Barbara's birth certificate does not provide information about her father. However, it is believed that her father was poet and librettist, Giulio Strozzi.

By the age of 12 Barbara had developed a captivating singing voice and was able to accompany herself on the lute or theorbo. This devotion to her musical studies encouraged her father to arrange lessons in composition with Francesco Cavalli, who was one of the leading composers at the time.

By the age of 15 Barbara was being described as a virtuoso singer. In support of her musical studies her father established Accademia degli Unisoni to provide his daughter with opportunities to perform as a singer and present her own works. The opportunities at Unisoni equipped her with the vocal expertise she needed to become a well-developed singer and composer. In 1635 and 1636 two volumes of her songs were published. In 1637, at the age of 18, Barbara showed her appreciation for her father and took his last name as her own.

As an adult, Barbara sought patrons to support her musical career. Notable patrons included Ferdinand III of Austria and Anne de'Medici, the daughter of the Grand Duke of Tuscany.

Barbara Strozzi died in Padua, Italy on November 11, 1677. Her popular works include Che si può fare, Op. 8 and Lagrime mie. She is remembered as the most prolific composer – man or woman – of printed secular vocal music in mid-17th century Venice. Her unique output includes sacred and secular vocal music, with the majority of her works being written for soprano voice.